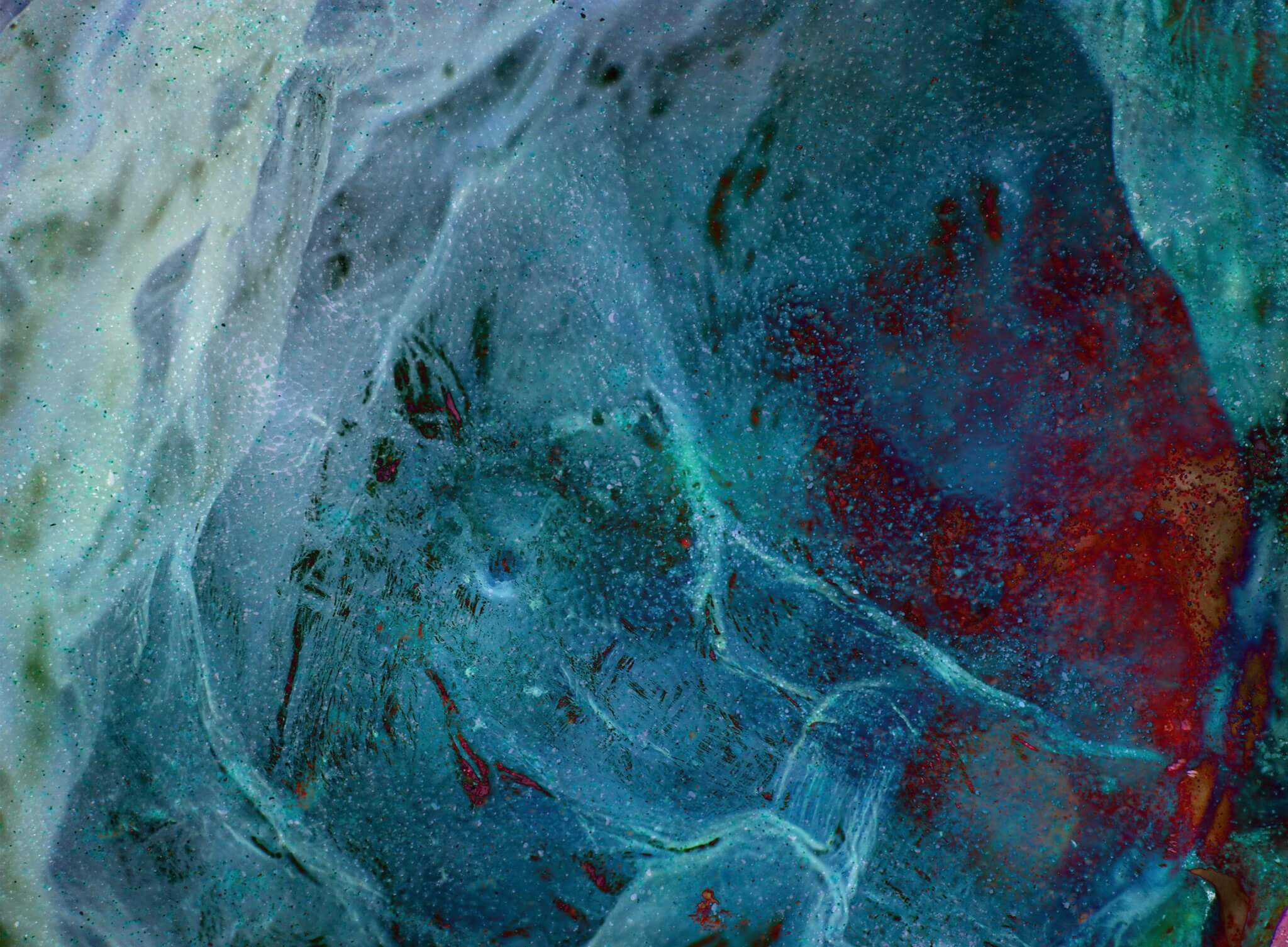 Barbara Imhof is a Vienna-based internationally renowned space architect, design researcher and educator. Her projects deal with spaceflight parameters such as with living with limited resources, minimal and transformable spaces, resource-conserving systems; all aspects imperative to sustainability. After Biornametics, GrAB-Growing As building, Co-Corporeality, this is her third FWF-PEEK funded project she is co-leading. She is the co-founder and co-managing director of LIQUIFER Systems Group (LSG), an interdisciplinary team comprising engineers, architects, designers and scientists. She has also been teaching at renowned institutes worldwide, for over 20-years. Educated in Vienna (MA architecture, University of Applied Arts, studio Wolf Prix), London, and Los Angeles, Barbara holds multiple degrees including a PhD.

Daniela Mitterberger is an architect and researcher with a strong interest in new media, the relationship between Human/Body, Digital Fabrication and Emerging Technologies. She is co-leading the project CoCorporeality. Further, she is a Ph.D. researcher and A&T Ph.D. Fellow at the Chair of Architecture and Digital Fabrication focusing on intuition in digital design and robotic fabrication. She has held lecturer positions at several international graduate and postgraduate programs such as the University of Melbourne, the University Innsbruck and the Academy of Fine Arts Vienna. Her work has been recognized worldwide including the Ars Electronica Festival and the Melbourne Triennial. Daniela is the co-founder and director of „MAEID – office for architecture and trans-medial art“ which has been founded in Vienna in 2015.

Tiziano Derme is an architect, researcher and media artist interested in the relationship of emergent materials and performativity, digital and robotic fabrication and transdisciplinary research practices. He is co-leading the project Co-Corporeality, and working as assistant professor and PhD student at the University of Innsbruck focussing on novel manufacturing techniques and explorative material practices in architecture. His work has been widely recognized with several grants and has been exhibited worldwide including at the Ars Electronica Linz, 2018, the National Gallery of Victoria in Melbourne, at the Singapore Art Biennale, and at Acadia conferences in 2016 and 2019. Tiziano is the co-founder and director of „MAEID – office for architecture and trans-medial art“ which has been founded in Vienna in 2015.

Damjan Minovski studied Architecture in the studio of Wolf Prix at the University of Applied Arts (Angewandte) Vienna. From 2013 to 2015 he was teaching assistant at Studio Hani Rashid at the Angewandte with focus on programming, rapid prototyping and robotic manufacturing. Since 2012 he is part of the architecture collaborative SeMF - Mapping and Fabrication in the context of architecture. In 2013 he was research assistant for GrAB, an FWF funded PEEK-project at the Angewandte Vienna. Currently, he is teaching at the University of Innsbruck and the Academy of Fine Arts Vienna. His work areas include research aspects of physical prototyping applied to living and performative architecture and architectural visualization linked with digital design methodologies.

Patricia Tibu is a master student at the Insitute of Architecture at the Angewandte and supports the project with 3D modelling and printing and experiments in the Angewandte project's biolab.

Xavier Madden is an architecture Master student at University of Applied Arts Vienna and previously completed his Bachelor of Architecture at RMIT University, Melbourne, Australia. He supports the project with design work with experimental materials and construction techniques.

Waltraut Hoheneder is an architect and design researcher with a diverse educational background. Having graduated in Commercial Sciences from the Vienna University of Economics and Business Administration, as well as in Architecture from the University of Applied Arts (Angewandte) Vienna, Studio Wolf Prix, she developed expertise in market research, as design architect at COOP Himmelb(l)au, and in numerous research and development projects as co-owner and co-managing director of LIQUIFER Systems Group, with a focus on adaptive space habitat design, biomimetics, and regenerative resource management scenarios in projects of European scope. She is teaching since 2005, and was core team member in the projects Biornametics (PEEK-FWF 2010-2013) and GrAB (PEEK-FWF 2013-2016) at the Angewandte Vienna.

Robert Trappl is head of the Austrian Research Institute for Artificial Intelligence, Professor Emeritus of Medical Cybernetics and Artificial Intelligence at the Center for Brain Research at the Medical University of Vienna, a position he held for 30 years. He has published more than 180 articles and is co-author and editor or co-editor of 35 books. He has been appointed Honorary Member or Fellow of, among others, the American Society for Cybernetics, die Deutsche Gesellschaft für Kybernetik, the International Federation for Systems Research, and the United Kingdom Systems Society. He was elected full member of the European Academy for Sciences and Arts. In 2012 he was elected President of the International Academy for Systems and Cybernetic Sciences.

Martin Gasser started his career at the OFAI with his thesis on Interactive Visualization of Expressive Piano Performance., Vienna, Austria, 2005. At OFAI he leads the Intelligent Music Processing Group and his work areas include applied machine learning, human-computer interaction, audio signal processing, audio effects and computer graphics, multimedia and web technology. He has co-authored multiple publications on topics of his expertise such as “Creative Chord Sequence Generation for Electronic Dance Music”, “Classical Music on the Web - User Interfaces and Data Representations”, “Artificial Intelligence in the Concertgebouw“ and “Automatic alignment of music performances with structural differences“.

Alexander Bismarck is professor and the head of the institute of Materials Chemistry, Polymer & Composites Engineering (PaCE) Group at the University of Vienna. Further, Alexander Bismarck holds an appointment at the Department of Chemical Engineering at the Imperial College London as Professor in Materials Chemistry and of Polymer Materials. PaCE is a multi-disciplinary team with research interests in the manufacture and characterisation of fibre reinforced high performance (nano) composites, porous materials and hydrogels. PaCE focusses on the the development of renewable materials, biomaterials for applications in tissue engineering, composite super-capacitors and emulsion templating for the synthesis of porous polymers. Furthermore, the group is interested in the social dimensions of materials research.

Andreas Mautner joined the Imperial College London as research associate working for two years on composite and membrane applications of nanocellulose. In 2014 he was appointed a postdoctoral fellow at the University of Vienna in the PaCE Group for which he is also supervising PhD candidates. And supporting the production/fabrication of responsive biological polymers. He is also assistant professor at the Institute of Materials Chemistry and Research. His research interests include: polymer materials, Polymer (nano)composites, Nanocellulose, Nanochitin.

Neptun Yousefi is part of PaCE and a PhD student with a focus on Carbon Fibre Reinforced Composites and manufacturing hierarchical composites by adding carbon nanotubes or graphene into the composite matrix. She has a Master in Materials Chemistry at the University of Vienna in the Polymer and Engineering Group (PaCE).

Anne Zhao is a master student at PaCE and supports lab experiments connected to bacteria cellulose.

David Berry is a Full Professor at the Department of Microbiology and Ecosystem Science, Centre for Microbiology and Environmental Systems Science, University of Vienna. His research topics include the function of the intestinal microbiota in health and disease, novel modeling approaches to study microbial communities, development of molecular and isotope-labeling methods for studying uncultivated microorganisms in their natural environment. David is also the director of the Joint Microbiome Facility of the Medical University of Vienna and the University of Vienna (https://jmf.csb.univie.ac.at) and a scientific advisory board member for the Austrian Microbiome Initiative (AMICI). He is supporting Co-Corporeality with experimental set-ups for microbial communities.

Heribert Insam is full professor of Microbiology, Director of the Institute of Microbiology and Head of the Center for Environmental Research and Biotechnology (CERB) at the University of Innsbruck. His research areas include soil microbiology, microbiology of composting, carbon and nutrient cycles, anaerobic digestion (biogas), global change microbiology and molecular ecology. He is also co-founder of BioTreaT GmbH and Editor-in-Chief of the journal Applied Soil Ecology (ELSEVIER).

Co-Corporeality addresses responsive spaces in the era of biomediality with the aim to establish an interaction between a human and a living material. We are specifically interested in developing a responsive environment within an architectural space that interacts, learns, grows and decays in relation to human presence and behaviour.